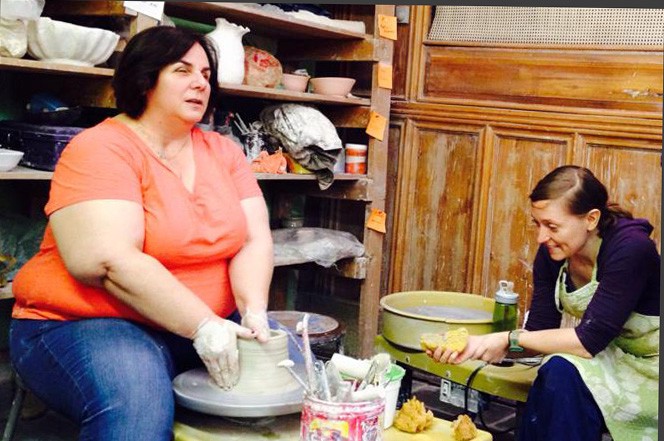 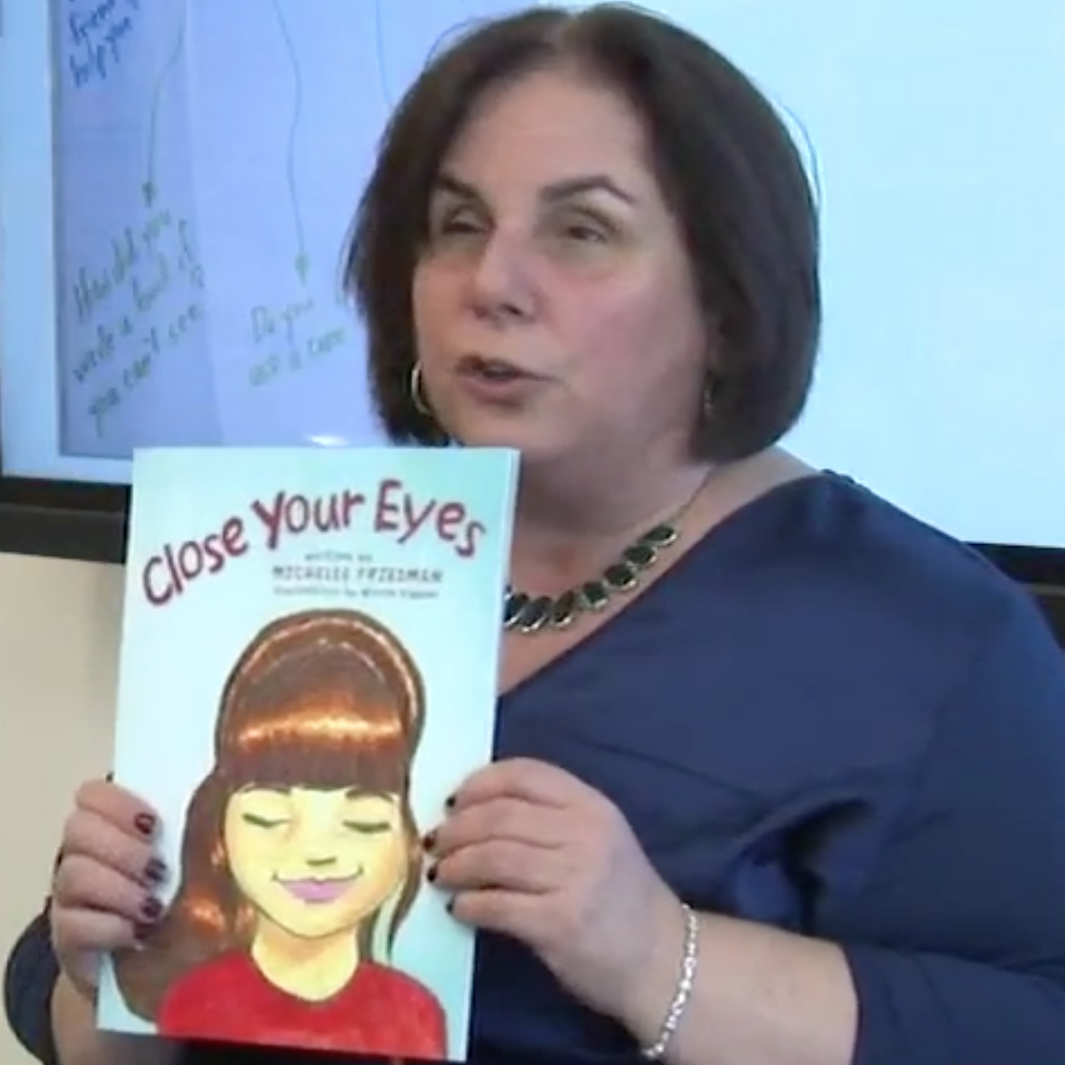 When I was growing up and attending school in the ’60s and ’70s, there were no laws protecting people with disabilities.

I was 5 when I was first diagnosed with an eye condition. From age 8 through 35, I had zero vision in one eye and limited vision in the other; I was considered legally blind.

My parents did not want me in a “special” school where they felt I would not get the education they envisioned. They wanted me to attend the same school as my siblings, feeling strongly that I was not to be treated differently. Thus, I spent my grammar and high school years attending a small parochial school as the only student with a disability. Unfortunately, having no experience with students with disabilities, the school had no guidelines or resources to draw from in their approach to my experience. In truth, neither did my parents.

Being young with four other young children to raise, they had to improvise in figuring out how to help me succeed in school and how to advocate for my needs. Though they were flying by the seat of their pants, they possessed real tenacity. For them, advocacy became an integral part of their parenting. It was not easy and there were many missteps, but I managed to get through elementary school and graduate high school.

Socially, I did okay most of the time, but I worked very hard to keep from my friends the significance of my vision loss. I wanted to feel — and be — “just normal” around them. Sometimes I managed. But other times, I would avoid a situation entirely if it might require asking for help or result in being treated differently from my peers.

Sometimes, I was teased as I struggled to appear “normal.” I could not fake it when I required the use of magnifying glasses or large print material, or when I had to sit right by the teacher’s desk in order to see the board.

After graduating from high school, I went to our local state college where, again, I had to navigate my own way. I did not encounter other disabled people there, nor did I identify with any. Today, some 40 years later, I really do not understand how I failed to identify myself as a disabled person then. I did not feel that this label applied to me. The stigma associated with that identification was something I abhorred.

There were some behaviors and devices that might have helped me then, like using a cane at night. I was completely night blind, but would rather have been caught naked than seen using a tool that would brand me as blind, disabled, different. I wanted people to see and react to me, to myideas and opinions—not to a cane, a symbol of something I did not want to define me.

After graduating from college, I was living in my own apartment and working unhappily in a nursing home. For reasons I no longer recall, I got laid off. While I was absolutely devastated, it was actually the best thing that could have happened to me. Those were the days when we looked for jobs through the job section in the Sunday newspaper; I spent every Sunday, magnifying glass in hand, looking for a job that didn’t require me to drive, didn’t require a lot of travel throughout the city, and didn’t require me to disclose that I was legally blind.

In my own mind, I was not disabled; I just had problems with my vision — a huge difference, but I wasn’t sure how prospective employers would react to it. I could not take a chance on being rejected because of my disability when I still did not accept that I was disabled.

One Sunday I saw the ad for a job that would — without exaggeration — change my life and my identity forever. A new center for independent living in Chicago, Access Living, was looking for a counselor with a mental health background, which I had. I did not even know what a center for independent living was, but when I saw “disability preferred” in the ad, I sent in my resume. I wanted that job! So, I waited. And I prayed. And I sat by the phone. (This was, of course, before cell phones!) Imagine my joy when I received that call to come for an interview.

The woman who would, thank God, become my boss, friend, and role model was Marca Bristo. Several weeks and two interviews after that first interview, I was hired by Access Living as an independent living counselor and case manager. Every one of the original staff, with the exception of the staff driver, was a person with a disability.

In some ways, I was born again that day, at least in the sense of my identity. For the first time in my life, I was not the different one. I was like everyone else in the office. We all had a disability! It was the able-bodied person who came into the office or who we encountered in a meeting who was “different.” My new status was so freeing and empowering.

What an amazing sight we were going around the corner or down the street together for lunch: our group included a woman in an electric chair who had no arms and legs, as well as a woman with a significant mobility impairment who navigated her chair with her legs. There we were, walking into a dark restaurant: paraplegics and quadriplegics and me, hanging on to the back of one of the wheelchairs. For the first time in my life, I felt like I truly belonged.

As if belonging and having a great job were not enough, I was part of a team helping individual clients, advocating for a more accessible world. I had a mission! I was part of a cause and had a role in effecting change. And most important of all, I had embraced my identity as a disabled woman.

Soon my identity included other roles. While I was working at Access Living, I went to graduate school, met and married my husband, and became pregnant with my first child.

After my first son was born, I wanted to be a stay-at-home mom, so I left my job at Access Living. But by that point, I had learned to be proud of who I was and what I could accomplish — and had accomplished — as a disabled woman. By the time I had my second child, I was active in my kids’ schools, taking leadership positions. I became a leader in my community. Comfortable with my talents and strengths, I no longer hid my disability.

When I was 35, with an 8-year-old son and a 5-year-old daughter, I lost the remainder of my vision. Becoming completely blind changed me. That first year was rough and I had to learn a lot to overcome my anxiety. At times, it was overwhelming, but I found ways to cope. I had to.

Over the last 27 years since I have been completely blind, I have had a third child, married off my two oldest children, and embraced eight grandchildren. I have taken on leadership roles, serving on the boards of multiple organizations, including as president of two of them. I have become an author of two children’s books, one of which is about a young blind girl; the book teaches empathy as it depicts for young children what it feels like to be blind.

I have also learned to ride a horse, knit, and do ceramics. I have gone skiing, taken a hot air balloon ride, traveled the world, gone white water rafting and tried terminal velocity sky diving. I also speak in schools to a variety of ages on disability awareness. I am a proud Member of Disability Lead.

I do not know where I would be today if my parents had taken a different approach and put me in a school just for blind children. I don’t know where I would be if I had never gotten that job at Access Living and met Marca, Jim, Jan, Vicky, Jill, and everyone else who worked there alongside me, helping our clients feel good about their identities and finding their own strengths. Access Living is a place that lives up to its name: it gives access to a way of life for people with disabilities.

The day I walked into that interview — my life changed. I became empowered. I embraced my identity as a disabled woman, one with her own set of skills, talents, interests, strengths, and abilities apart from blindness. The life I live today is, in many ways, the same as most fortunate people’s — full of family, friends, hobbies, and interests. My identity is wrapped up in all of these. I may be blind, but it is not my defining attribute. It is just one of many.