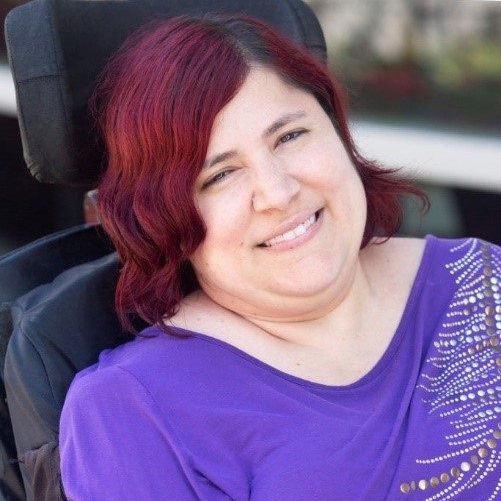 She has been working for Access Living as the Latino Community Organizer since 2009 in which she took a personal interest, particularly that of educating and collaborating with the Latino community about disability rights and services. Through her work she has had the opportunity to collaborate with other Latino groups and organizations that work within the Latino Community which has helped expand their knowledge about disability related issues. She is the coordinator of a Latinxs and immigrant advocacy group called Cambiando Vidas, whose mission is to create social change within the immigrant Community. As of 2017 she became the Latinxs and Immigration Community Organizer, role in which she is still responsible for increasing the number of Latinxs and immigrant leaders with disabilities; as well as to raise awareness of disability issues such as: Immigration, Healthcare, Disability Rights, within the Latinxs and other immigrant communities; thru her work she has participated in planning numerous educational forums and events in different areas of the city, to educate Latinxs and immigrants with disabilities about disability rights and services. As part of her work, Michelle has been involved with the National Coalition of Latinxs with Disabilities where she was involved in planning several National conferences on the issues that impact Latinxs with disabilities. She was also involved in planning a Disability and Immigration Summit out to which Disability and Immigration advocates came together to have a better understanding of the intersection of these issue areas. Most recently, she has been involved in supporting the Disability and Immigration Taskforce. She currently, serves as the representative of the 7th district Commission on Women’s Issues; as such she is responsible on supporting any events or bring insight to any issues that impact women including immigrant and disabled women.