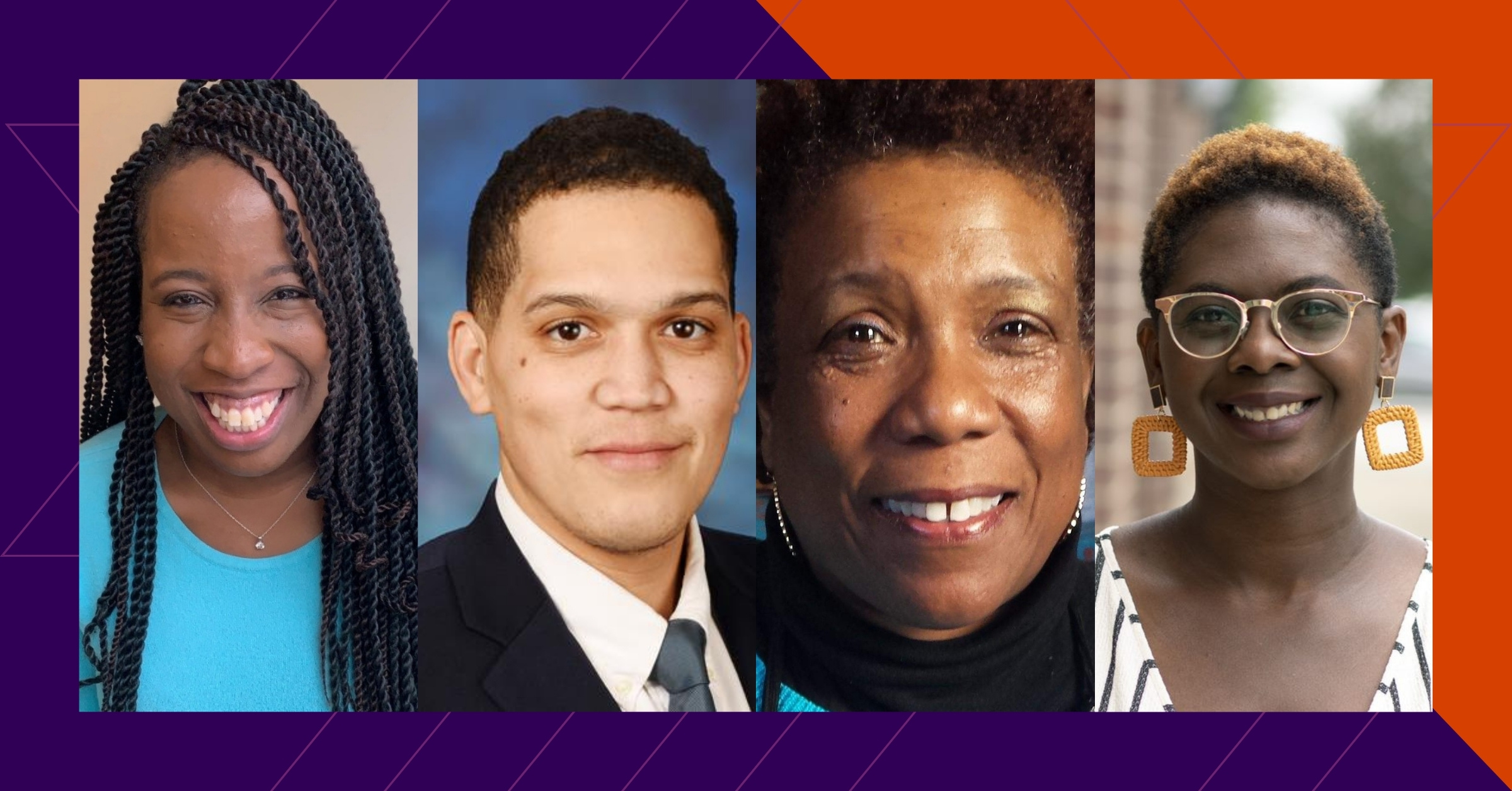 The Community Emergency Services and Support Act (CESSA) is a landmark bill made possible by the leadership of Access Living in partnership with racial justice advocates. As CESSA demonstrates, when we approach systemic oppressions collaboratively, we stand to make a change.  It’s why we launched the Collab and our goal is to forge lasting and strong partnership across social justice issues to bring forward true liberation for all. Candace Coleman, State Senator Robert Peters, Cheryl Miller, and Renee Watts will discuss CESSA, cross social justice partnerships, and where we go from here.

Following the horrific shooting of Stephon Watts by a police officer, the Watts Family, Access Living, and many partner organizations, including STOP, wanted to create an alternative to police responding to mental health crises. Police response had previously resulted in disproportionate arrest, violence, and killings of Black and brown people with disabilities. Because of their collaboration and seven years’ worth of work, this new law—which must be implemented by July 2022—mandates that Illinoisans will receive services from mental health professionals instead of police. Imagine a world in which this type of partnership is sustained, prioritized, and valued. The Collab will be a space for these partnerships to begin and to grow.

Once you register, you will have the option to add this event to your calendar. You will receive the Zoom Webinar link from staff the day before the event. ASL interpretation, Spanish translation and live captioning (with a streaming link option) will be provided. Additional accommodation request can be submitted via RSVP.

Renee Watts is an Information Technology professional, the sister of Stephon Watts, and social justice advocate.  On Feb 1, 2012 Stephon Watts  an autistic teen was senselessly murdered by Calumet City Police. At the time of the crime Stepson’s father called for assistance to transport him to Streamwood Hospital. Since Stephon’s murder, Renee has made it her mission to share Stephon’s story. She has been advocating for families to have a mobile crisis response unit option, which promotes receiving help from professionals trained to address those crises rather than police. She has been an integral part of numerous panels discussing autism, race and criminal justice reform, including testifying at the Illinois House and Senate Behavioral and Mental Health committees. For 6 years she worked with Access Living and successfully signed the Community Emergency Services and Support Act (CESSA) - the Stephon Watts Act into law.

Candace Coleman is a black disabled woman from the South Side of Chicago. She works closely with disabled people affected by the justice system to organize around racial justice and disability. This work includes anti-bullying, the school-to-prison pipeline, restorative justice, police brutality, and deinstitutionalization. She is dedicated to teaching disabled people of color to take pride in all aspects of their identities so they can become leaders themselves.

Coleman has spoken around the country, and her pioneering work has been featured in news stories by the BBC, WBEZ, Newsy, and The Chicago Defender. She was named the ADAPT Woman of the Year in 2018, 35 Under 35 by Chicago Scholars in 2017, and also received the Van Hecke award for outstanding leadership and service in the disability community. In 2019 Candace was appointed to the Illinois Council on Women and Girls. In 2020 she was appointed to the City of Chicago’s Racial Equity Advisory Committee.

Coleman’s most notable work involves organizing around mental and behavioral health emergency response. She played an integral in passing the Community Emergency Services and Supports Act (CESSA) in 2021. She continues to work diligently to implement non-police alternatives to emergency response in these situations.

Cheryl Miller joined Southside Together Organizing for Power (STOP) a year ago as the Public Health Organizer and is also the co-lead for the Collaborative for Community Wellness coalition. Her primary campaign is Treatment not Trauma which advocates for reestablishment and expansion of the city public mental health centers and also advocates for a city-wide non-police crisis response for mental and behavioral health crises calls. Cheryl is a lifelong Chicagoan who has lived on the Southside most of her life. She believes people sharing stories of their lived experiences is powerful and can engender dramatic societal change. Throughout her life she has been active in social justice causes ranging from antiwar and peace movements, anti-domestic violence, and queer activism. A former cabdriver, she helped lead the successful fight to organize a union for cabdrivers. She is excited to be a part of the CESSA coalition.

State Senator Robert Peters has a deep passion for public service cultivated by numerous events throughout his life that left a profound impact on him and the people he cares about.

He was born in 1985 deaf and with a massive speech impediment. His biological mother was addicted to drugs and alcohol, and his adopted mother and father were a social worker and a civil rights lawyer, respectively. He is a proud South Sider and an even prouder Chicagoan.

After Peters’ parents’ marriage dissolved when he was a teenager, he moved in with his father and became interested in public service. He admired the work his father did as a civil rights and criminal defense attorney, championing justice and even arguing before the U.S. Supreme Court on behalf of individuals whose personal property was unlawfully seized by police. His father’s work, along with his biological mother’s struggles with addiction, inspired him to fight for criminal justice reform.

Like many who left college in the midst of the Great Recession, Peters struggled to find work. He started as a community and political organizer back home in Chicago, but both of his parents died within a year and a half of each other, leaving him unemployed and grieving. Difficulty paying his bills and the inability to obtain health insurance because of his pre-existing conditions only furthered his drive to work on behalf of others dealing with the same issues.

As a political organizer, Peters successfully fought to require Cook County judges to set affordable bail amounts for all defendants, leading to a substantial reduction in the Cook County Jail population since it took effect in July 2017.

As a state senator, Peters plans to continue advocating for the people in his community and district to ensure they get the investment they need. He is also committed to passing a balanced budget, continuing his focus on criminal justice reform, creating clean energy jobs and fighting for quality public education. He is passionate about his work and his community and intends to be the best public servant he can be.

In the 102nd General Assembly, Senator Peters will serve as the Chair of the Public Safety Committee. He will also serve as member of the Criminal Law, Environment and Conservation, Health, Human Rights, Labor, and Revenue Committees.